The Andrew Pickens Ranger District recently issued a Scoping Outreach Letter for FY 2020 Prescribed Burning. The proposal includes prescribed burns on 13 burn units totaling ~7,004 acres, with mechanical and manual vegetation management also proposed for some units. Maps of proposed burn units can be found in the linked document and in our Interactive Map (layer “Proposed Rx Burn 2020- SC”). Comments can be made on this proposal through November 17th, 2019.

We are still evaluating this proposal and working on our official comments. In general, we believe that the frequency, intensity, and scale of the Forest Service’s prescribed burning program exceed our area’s natural “fire-return interval.” They are burning areas frequently, every 1-5 years; burning tracts that are too large (for instance, the “State Line” burn unit); conducting burns that are oftentimes too hot, with negative impacts on native flora and fauna; burning in inappropriate areas/habitats; and burning during the growing season. 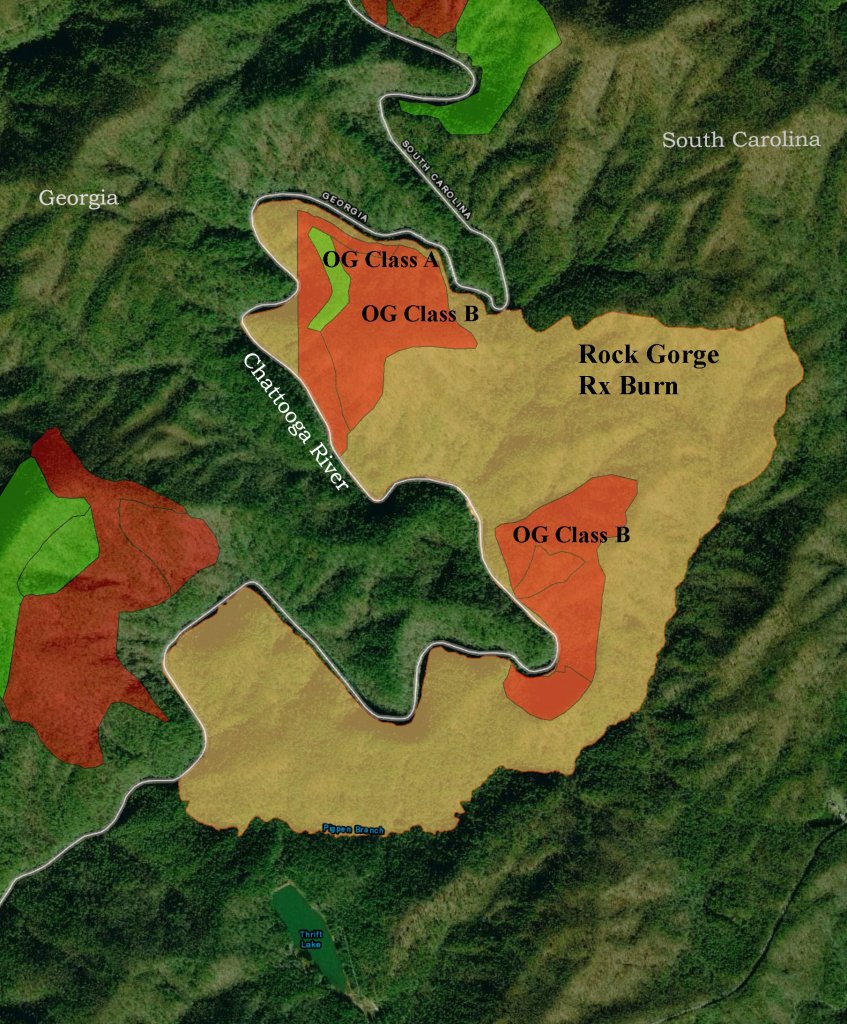 Of particular concern is the Rock Gorge burn unit (pictured to the right), which was also included in the APD FY2019 burn proposal, but was not burned. Last year’s scoping notice was more detailed than this year’s FY2020 burn notice. The following was our response to FY2019, which still applies:

For the current FY2020 proposal,  we are also concerned about potential damage to trees or alteration of habitat in rare old growth stands from prescribed fires. There is a relatively large patch of old growth in the Rock Gorge burn block, and there are also a couple small stands of old growth in the Sandy Ford burn block. Also, the State Line burn block would burn all around the popular Foothills Trail and Jacks Creek, with likely negative impacts.

Comments on this proposal can be emailed to SM.FS.r8fmsapcom@usda.gov, or mailed to:
Andrew Pickens District Ranger
112 Andrew Pickens Circle
Mountain Rest, SC 29664

“Responses to this request should specifically identify the following: